A phone-line that does nothing but play Smashmouth's "All Star"

When I saw alicode's joke about "All Star" (riffing off Spacehey's name) it reminded me of the guy who, three years back, created a phone line that did nothing but play Smashmouth's "All Star" when you called it.

The number: 830-476-5664!
What happens when you make an "All Star" phone line? Well, apparently over the first few months of its existence, about 1,200 people called it. The creator had no idea why you'd want to call a line that plays "All Star". Frankly, he wasn't even sure why he created it in the first place either.
Then on Dec. 19, 2017, Smashmouth's official twitter account tweeted about it and things escalated quickly. Over the next two weeks, so many people called the hotline that the song was played for 101.3 hours, or 4.2 days of nonstop "All Star". At peak popularity, the line got 3,480 calls in a day. Hey now.
The best part is that because the creator used Twilio (a software-to-phone-line service) to create the phone line, it tracked data on where precisely people were calling from -- which allowed him to crudely estimate what parts of the world most love, and most hate, "All Star".
The regions that placed the most calls ... 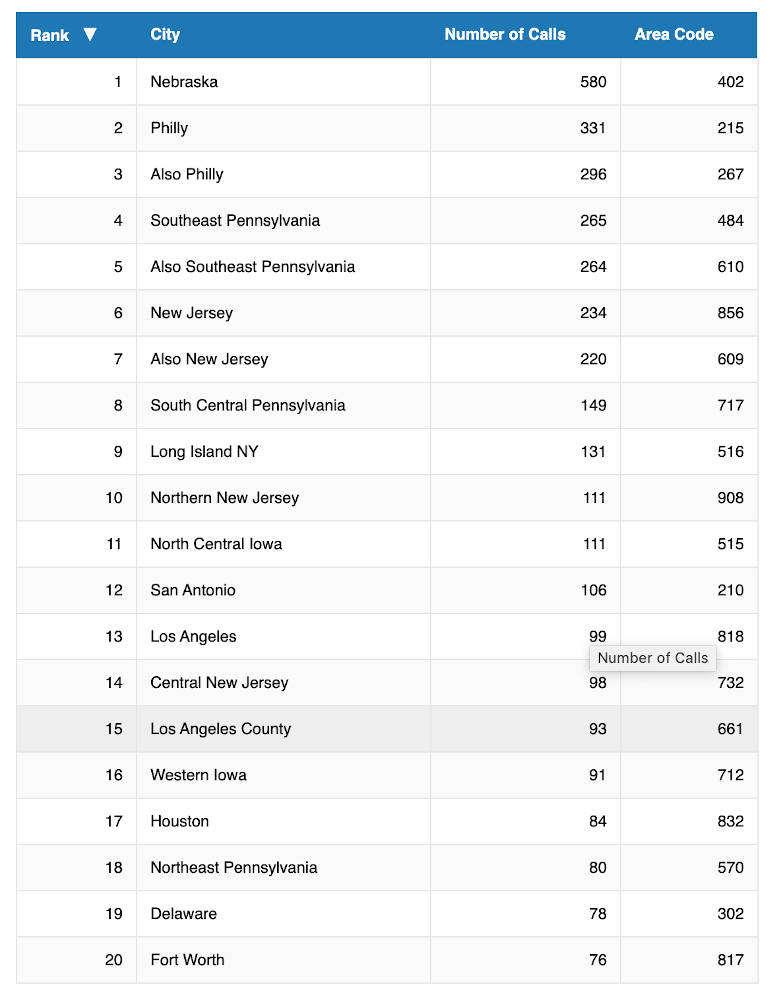 ... and which ones placed the least calls: 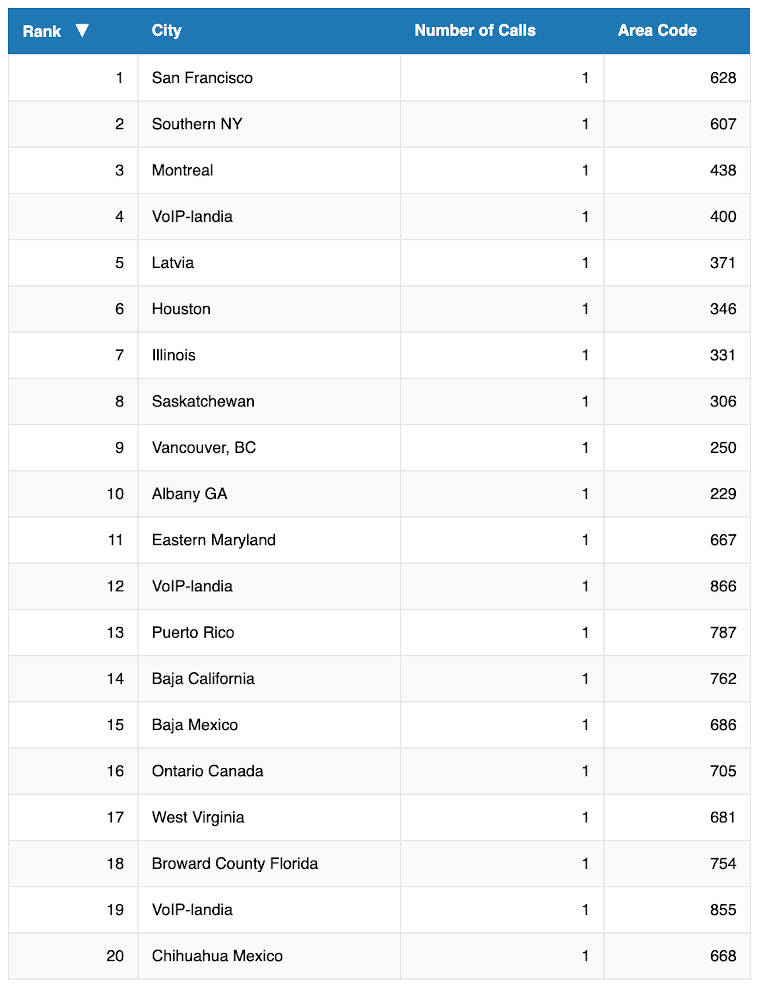 So, Nebraska and Philly love "All Star"; West Virginia and San Francisco feel no love.
All of which begs the question: What is it, precisely, about "All Star" that has lodged it so immovably in the trachea of American pop culture -- a morsel which refuses to entirely slide downwards towards digestion, but which can't quite be coughed up, either?
Apparently even Greg Camp, the guitarist for Smashmouth who wrote the song, detected the weird love/hate (or is it hate/love?) emotional hydra the song would engender; when he first brought it to show his bandmembers, he said he'd written a song "I kinda hate but I think it’s gonna work.” There's some interesting speculation in this piece at The Ringer, where cultural pundits suspect it has something to do with: a) the song's deep '90-ness, b) the middling stature of the band (which Spin once -- with unsettlingly surgical precision -- described as the “slightly lumpier cousins of No Doubt and Sugar Ray"), c) the undeniable hookiness of the chorus and lyrics, d) the open-endedness of the lyrics (which don't quite mean anything particularly), e) the way the song opens directly with such drawl-y singing (a clever ploy by the band, it seems, to override radio DJs' habit of talking over music-only opening of songs), and -- not least -- f) the fact that the song's inclusion in the opening of Shrek lovebombed it into popularity.
It may also be that, like all pieces of culture that shuffle off their mortal coil and are enraptured into meme-dom, the song's omnipresence is due simply to its omnipresence: It's become a musical version of the most photographed barn in America from Don Delillo's White Noise.
But I'd be interested to hear what y'all think. This is the right audience, clearly! Anyone who signs up for Spacehey clearly has thoughts about turn-of-century aesthetics and culture.
(BTW, I tried calling the hotline a few times today and it sadly seems to be on the fritz; it only gave a busy signal.)