Published by Travis The Band

The Boy With No Name to get vinyl reissue!

THE BOY WITH NO NAME

DUE OUT MAY 28TH FROM CRAFT RECORDINGS 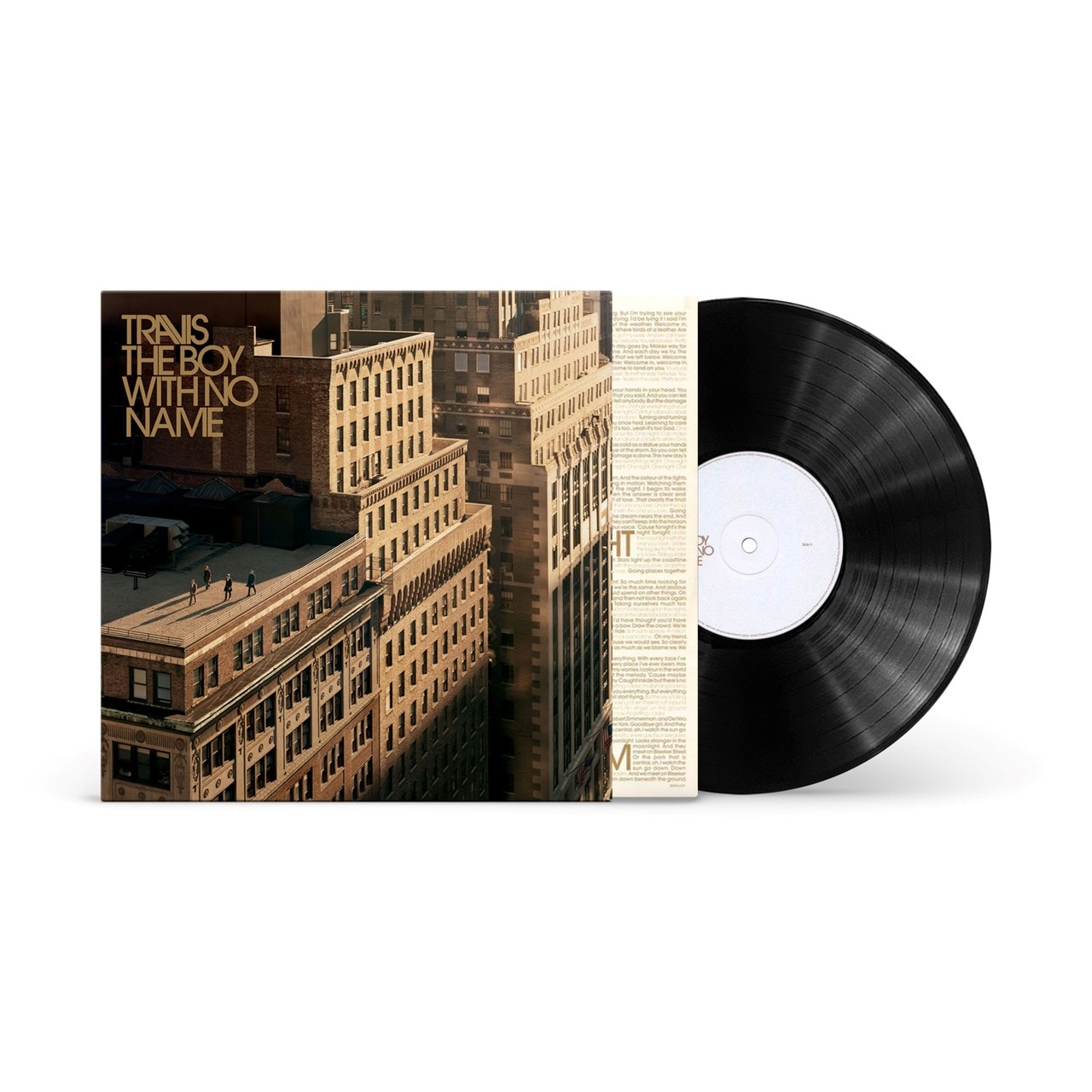 On May 28th, the Top Five album from Scottish rock band Travis, The Boy With No Name, returns to vinyl for the first time. Cut at London’s Metropolis Studios, Craft Recordings’ new reissue of the bands fifth studio album comes housed in a gatefold sleeve and features a bonus 7” single. As well as the standard black vinyl (available to pre-order beginning today), a limited gold vinyl edition will be available exclusively at Travis’ official store . Meanwhile, Newbury Comics will offer an exclusive brown pressing coming later on September 17th.

In 2007, ten years after the release of their debut album Good Feeling, much had changed for Travis’ Fran Healy (vocals, guitar), Andy Dunlop (guitar), Dougie Payne (bass), and Neil Primrose (drums) – and yet, much remained the same. With Healy now a father (The Boy With No Name takes its title from a nickname briefly given to his son),his songwriting on The Boy With No Name turned to the world of relationships, with singles “Closer” (which marked the bands return to the Top 10 on the UK singles chart) and “My Eyes” focusing on his newborn son. Featuring production work from Nigel Godrich (Radiohead, Beck, Paul McCartney) and pioneering artist Brian Eno, the album was praised by the BBC as the band’s “most eclectic album to date,” and the work of a band who “can afford to take risks,” while receiving four stars from Q magazine. Click here to watch the official music video (remastered in high definition) for “Closer,” featuring an appearance from actor, comedian, and director Ben Stiller.

“The Boy With No Name is a dense album,” Fran reflected. “Andy MacDonald, our A&R man fracked me hard, possibly a little too hard, for songs. As a result, there were many strong contenders for singles. ‘Battleships,’ ‘Sailing Away,’ and ‘Big Chair’ are among some of which should have been released but never made it. As a result, it’s possibly our most eclectic album, packed with some of our most memorable songs.”

The Boy With No Name’s re-release comes on the heels of the viny reissue for Travis’ debut album, Good Feeling (released April 2nd on Craft Recordings). Leading up to the release, all four band members participated in an exclusive Q&A conversation with mega-producer Steve Lillywhite, who they worked with 24 years ago on Good Feeling.The fascinating and at times hilarious conversation between Lillywhite (who spent several decades as one of the most acclaimed and successful producers in British pop music) and Travis covered specifics around the making of the album, plus the band shared the impact Lillywhite had on individual tracks and the conversation also features some unheard stories from that time. Click here to watch Travis in conversation with Steve Lillywhite.

In celebration of the album’s anniversary and upcoming re-release, all four band members will be hosting a global listening party for their fans on May 7th. Stay tuned to TravisOnline.com for more details coming soon, and for exclusive merchandise bundles.

Click here to pre-order The Boy With No Name on vinyl now.

The Boy With No Name LP Tracklist: