Hey guys. I've been meaning to start this series up for a while, and I think I have some semblance of mental energy to finally do so. Anyways, this is a game that I've held dear to my heart for a while, and I wanted to brag about it. What is this game you may ask? Well, lets talk about Eastern Mind! Ill explain what the plot is, and the gameplay is about.

The Plot/Setting of Eastern Mind
Eastern Mind features a man named Rin who has had his soul eaten by the soul eating island named "Tong Nou". Rin is driven to get his soul back, but in order to accomplish that mission, an old man loans him his soul for a set amount of time.

Along the way, he comes across a white snake (???) that gives him a furoshiki (Your toolbag where you will store items) and amulet. After you are ready to go, you cross the ocean and come across an orange-ish moon which magically turns into the green head itself. Ahem, gaze upon the uncanny stare and self inserted head of Osamu sato. 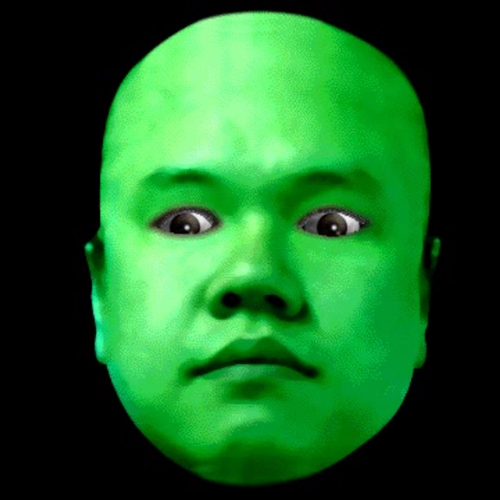 Tong Nou is split into five major areas, four lands ruled by kings, and a central mountain with a palace at the top which is your endgame area for the game locked off by an amulet seal. The lands include the Land of Desire, the Land of Dreams, the Land of Time, and the Land of Life.
These four lands serve the purpose of keeping the flow of life going throughout the soul eating island. The Land of Time is centered around a living things lifespan, the Land of Life has the Tree of Life where life is born and reincarnated, the Land of Desire is centered around a living things basic desires and vices or sins, and the Land of Dreams is based on dreams.
A major plotpoint that is constantly followed throughout the game is a mysterious figure who gives you advice and seems to appear as an imprint on various surfaces. It appears that he is trapped and needs to have his soul freed himself, which Rin will eventually do.
The Gameplay
I've decided to save most of the rambling to talk about the gameplay, and my talking about the gameplay will likely include certain story elements. Eastern Mind is a point-and-click adventure game of the same type of design as Myst, one of the very first of its kind to ever exist. You click in different areas, explore, and progress throughout the land of Tong Nou. Interacting with your environment can be key, as there can be some hidden secrets lying around at times, such as a movable golden pillar you can drag with your mouse. 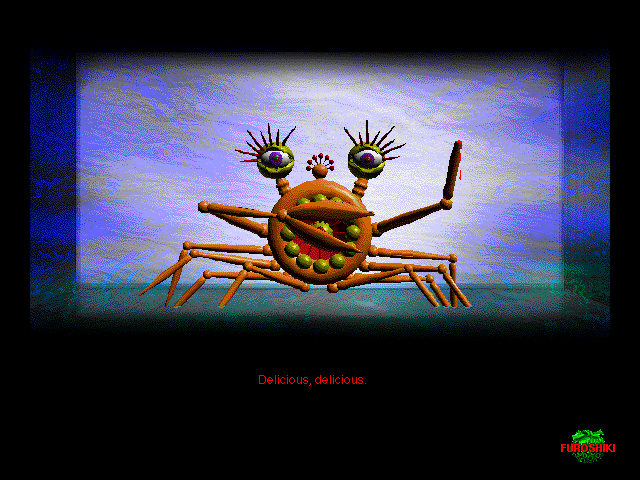 With each life you accomplish, you obtain a lifeplate, which fits into slots at the Tong Nou central mountain on a seal. Once you gain all of the life plates, the seal will come off, and you can go up the central mountain. After that, your next mission is to collect four-five different magatamas around Tong Nou to gain your soul back, and inevitably end your time on the soul eating island.
I'm going to stop there for now, considering this game is incredibly crazy, and I don't want to spoil many more surprises for anyone. Anyways, that is the first of my entries, and I will definitely do more! 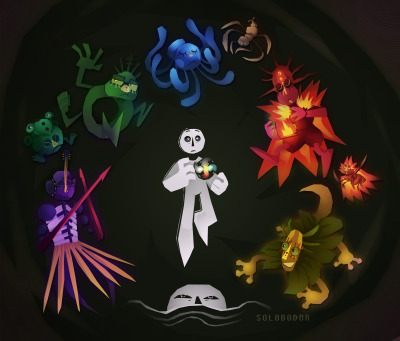 Just some cool artwork by solobodor showing all the incarnations. lol.